Do you have high blood pressure, high cholesterol, are you a smoker, a drinker, overweight and are you stressed?   If your answer is “yes” to any of these, then you could be a ticking timebomb ……….

You might be unaware that you have cardiovascular disease until it’s too late and you are struck down by a heart attack, angina, stroke or heart failure.

Cardiovascular disease refers to both diseases of the heart (cardio) and the blood vessels (veins and arteries)that can lead to a heart attack, angina or stroke.  Cardio vascular disease (CVD) is usually associated with a build-up of fatty plaque around the artery wall which makes the arteries become narrowed and hardened inhibiting blood flow through the arteries and the most common cause of cardiovascular disease, can be caused by an unhealthy diet, lack of exercise, being overweight and smoking.

Research has shown that a diet of specific probiotics can reduce cholesterol, blood pressure and inflammation.

Lactobacillus fermentum ME-3, the key ingredient in MiBiotix Heart Health HH,is a patented strain of bacteria than can improve antioxidant defence, by boosting production of the major cellular antioxidant, glutathione , a critical disease-fighting compound.

Glutathione is considered the “Master Antioxidant” because it plays a central role in virtually all detoxification reactions, as well as helping to regenerate other dietary antioxidants such as vitamins C and E.

The most remarkable effect of ME-3 is its capacity to reduce the oxidation of blood lipids, particularly the levels of ox-LDL (oxidised low-density lipoprotein), which is a major contributor to plaque build-up and atherosclerosis development, (hardening and narrowing of the arteries), one of the primary causes of cardiovascular disease.  This unique property, combined with the LDL lowering and anti-inflammatory effects of the strain, makes ME-3 perfect for prevention of cardiovascular disease.

MiBiotix Heart Health HH taken once a day, is made up of L. Fermentum ME3 – 8 Billion CFUs

And the best part is that its totally natural and has NO side effect profile. Get yourself on this amazing product today. 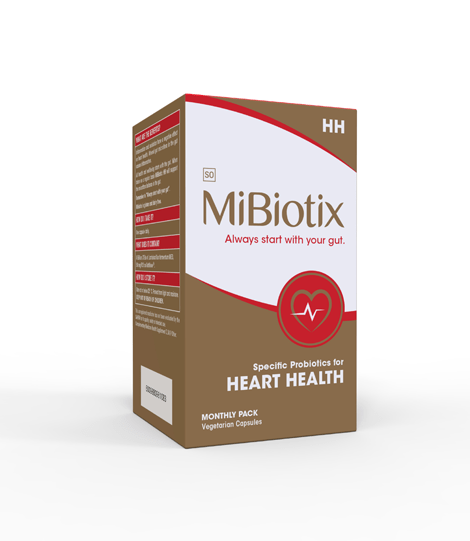